This post has been in me for quite some time now but I’ve been waiting for the perfect time to share. Today I figured, what better time is there to speak about this than during Hispanic awareness month? I have discussed before that many have thought that I am not Hispanic ‘enough’ and this conclusion is often accompanied by people questioning why I haven’t taught my boys the Spanish language. My response to that is always, “If they have no interest, why should I force them?” I don’t feel like I need to prove anything to anyone nor do I feel that my boys have to learn Spanish because their parents are Hispanic! I wasn’t forced to learn as a child as my mother did the same thing I do with my boys in our own household. My children NOT speaking Spanish will not make them less Hispanic.

In our home, my husband and I speak Spanish even more now especially when we are having adult conversations. My boys couldn’t care less what we are saying. They NEVER ask, “what are you all talking about?” I recall as a little girl when my mother spoke the language in front of me I would ask, “what are you saying?” Hearing her speak Spanish made me want to learn and even more so because my Abuelita didn’t speak any English despite the fact that she lived in America for years.

My boys regularly watch Dora and they have watched many other Spanish speaking shows and still show no interest. I often tell people my oldest shows more interest in speaking Chinese, teaching me words he has learned. He even went as far as holding a conversation with the Chinese woman who was doing my eyebrows one day. I was shocked myself, and when I asked him why not Spanish, his response blew me away, “Everyone speaks Spanish, why not something different?” What could I say to that?

Thankfully, my mother does speak English but my mother-in-law in The Dominican Republic doesn’t. She barely calls, but when she did one time she mentioned, “why don’t you teach them Spanish?” as if I DON’T want to… I would love for them to learn but again they have no interest and I have no interest in forcing them. Later that evening when I shared with my oldest what his Abuela said, he replied, “why can’t she learn English? Didn’t she live here?” He was right so I couldn’t argue. My husband has the same views as me, let them learn when (and if) they are ready.

Many may not agree with my point of view and that’s fine. I know many say knowing two languages is beneficial for job stability and they are entitled to their opinion. Many people have been successful without knowing two languages. I’m hopeful that they both become interested in the next few years but, if they don’t, I am okay with it. Sometimes I think, for my child who has ADHD, it may be too much for him and maybe that’s why he chooses not to (not making excuses just looking for a reason). I never want my boys to feel compelled to do something because they would be valued any less by me if they didn’t pursue it. I enjoy speaking Spanish and I will continue doing what I do to foster our culture within our household, Spanish language included when appropriate. In my eyes, my children are Puerto Rican/Dominican Americans but, above all, they are my babies and no one can ever question that! 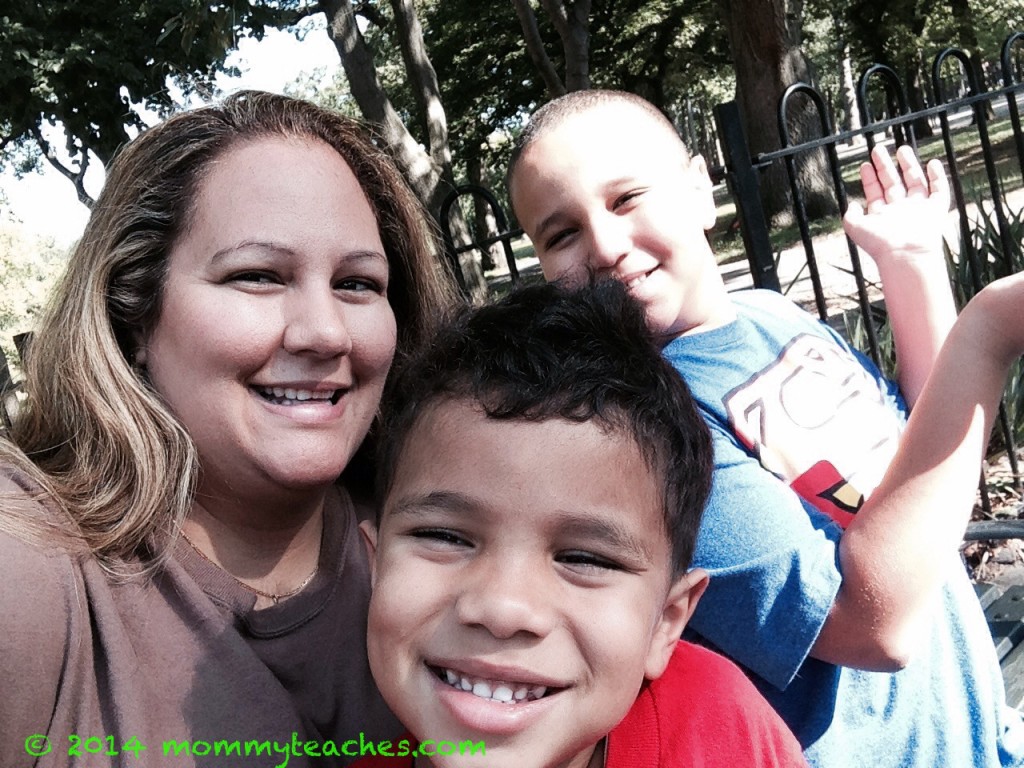 Care to share: Is it extremely important for your child to learn another language? Why?