It was in June of 1999 but even way before this, I knew my dad was in trouble. He had been diagnosed with colon cancer before but it came back and when it did, it came back with a vengeance. I didn’t know the severity of it all but I knew it wasn’t good. My dad didn’t look the same. There was a fear in his eyes this time around and it scared the shit out of me. What my mother shared was very vague even though I traveled back and forth to the hospital with her for his appointments and various treatments. I am not sure if I didn’t want to know or if she was keeping the prognosis from me. Now I ask myself, if I were sick, should my children know? Would I keep it from them? All I know now is how I felt not knowing the severity of my dad’s diagnosis.

Before I even get into this, know that I am NOT placing blame on anyone. What I do know is that, at the time, I would have loved to know a bit more. I think at times we as parents want to place a shadow in front of the eyes of our children and not share the truth in its entirety. In many cases it’s not fair to them and not being so trustworthy. I kind of had the sense that my dad’s time was limited because he wasn’t coming home from the hospital. He was asking for a lot of his favorite foods and a few days before he passed he was asking to go home but the doctor stated in front of me, “It’s best if he stays here. We have what he needs.” I guess my dad knew it was his time because he wanted to be in the comfort of his own home but it just didn’t end like that for him. 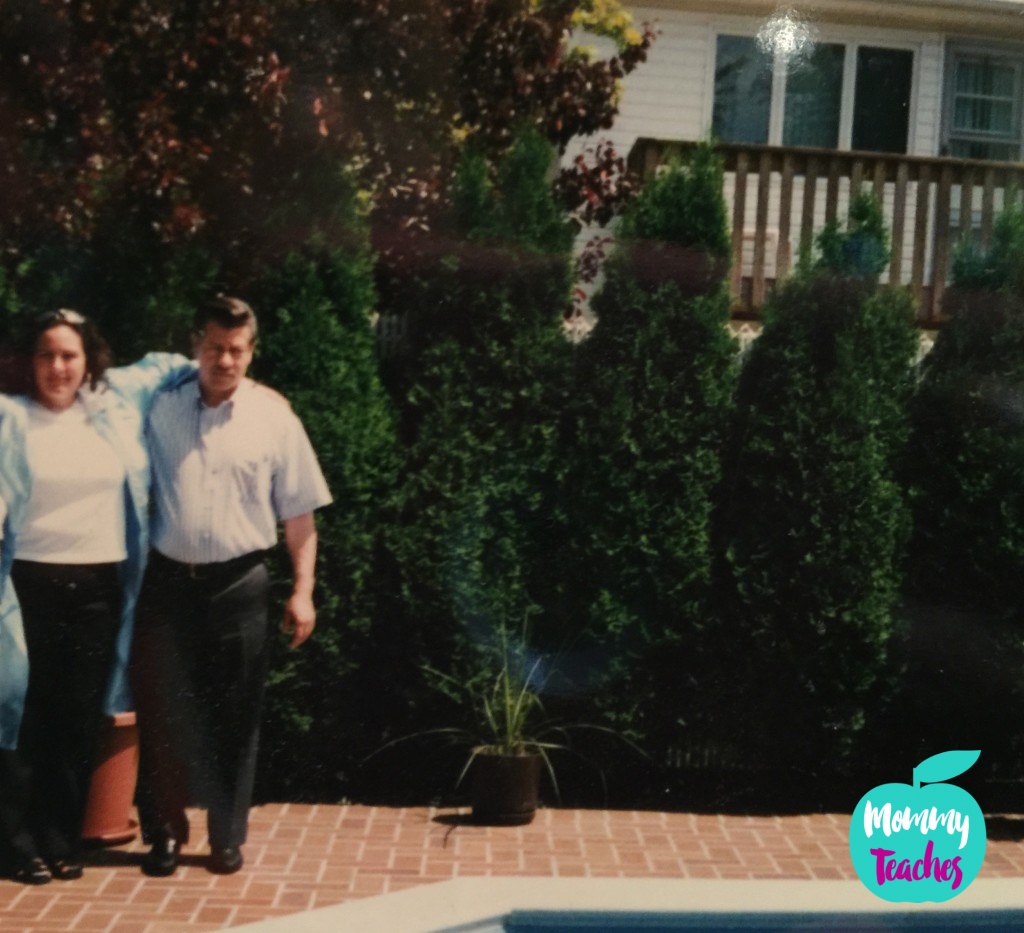 It had to be about a day or two before he passed that we were called into the room by his doctor and a witness was needed to sign the DO NOT resuscitate order. I had to be a witness to this? “What do you mean? Why do I need to sign this?” The doctor went on to say to my mother, “You didn’t share how severe this was with her?” I remember being so angry with her and she just saying, “I didn’t know how to” (or something like that).

I remember feeling resentment toward her for not sharing how sick he was and that his kidneys were failing…and that he could leave us at any moment. How could she keep something so fragile from me? I was there every day and I saw him deteriorating but goodness it just seemed too quick, too soon. I wasn’t ready but would I ever be? From the moment I signed the DNR on, not that it should have taken that to do so, I wanted my dad to really know how much I loved him. The precious nights before he left, I kissed and hugged him and made sure to tell him that I loved him. I hadn’t done that in a while – stubborn twenties, thinking that tomorrow was promised to us all. In that short time we made amends from whatever little father-daughter quarrels we had and any uncomfortableness we felt disappeared through our love for one another in those moments.

Now, as a parent of two boys, I can see why my mother would have wanted to shelter us from all of it. She wanted to protect us from all the hurt of losing a father but I wish I could have had more “I love you’s” and more time for me to just reminisce about the silly things with him. I wish we could have maybe even talked about what would happen after he left which could have kept our family closer. With his parting there was an instant separation between all of us who were left here without him.

If I had to tell my children that my time was limited I sure as hell would. I would want them to ask me any questions they had and spend the last moments reliving the beautiful ones we had together.

The day my dad released and let go of his pain I remember sitting with him for hours. My beeper went off a million times (my boyfriend, now husband, was checking on me constantly) but I would not get up. I held his hand and prayed silently for a miracle as I saw the drips of morphine. I spoke to him and apologized and asked if I was ever a stubborn daughter to please forgive me because I really didn’t mean to be. His sister drove all the way from Pennsylvania and she still comments on how she saw me sitting by his side for hours. I had no guilt as a daughter but felt I had the responsibility to be right by his side for him to transition onto the other side. I knew that it was okay, he had other duties.

In my heart I believe my dad knew that he was loved and appreciated. That night I had to let go of his hand because we weren’t all allowed in the room. His condition became worse. We all stood in the hospital waiting room camping out. Before midnight my dad crossed over and we all witnessed his last breath. It was the most peaceful image that still remains with me 16 years later. If the doctor wouldn’t have shared the severity of his illness, I may have gone home that night…I don’t know. I am so grateful that I was able to be with him until the very end. For these reasons alone, I would share my prognosis with my children if I ever had to because I am quite sure my dad would have wanted it that way! He was a man who believed in honesty and integrity and I’m proud to say he passed those traits on to me and I can only hope to bring out those same traits in my own children in his honor.