There are many things I share about me and my family on social networks because I am an open book! I have no shame in my game and I like to be honest and open with readers and followers alike. Many who know me know that my family is one big melting pot. We are as diverse as can be and that is something I share often. I believe that history repeats itself and in my case, that’s exactly what it did with my husband and I.

My Puerto Rican mother married my American father and in my eyes, I had the best of both worlds. I NEVER cared that my dad was a white American because he was my dad and I loved him. I thought it was extra cool that I grew up knowing two languages and was eager to continue learning Spanish (unlike my children are today). Although there was some confrontation between my dad’s family and my mom because of diversity/ethnicity, they were still happily married for many years until he passed.

In my teens I met and expressed interest in my now husband which was an issue because he is of Dominican decent. My mother and my father weren’t too pleased with this (this would be where history was repeating itself). When I looked at my then boyfriend, I just saw this misunderstood individual whom I loved and felt crazy enough to know I would spend the rest of my life with. My parents didn’t have that same plan in mind but little did they know, they couldn’t be hypocritical. Didn’t they go through the same thing? Did they not get the memo when it happened to them?

Although skin color or ethnicity and culture differences were not important to me, I saw the need and importance of it (of us mixing our colors and cultures) if that makes any sense. I thought to myself, if people would just be allowed to fall in love with whomever they wanted, this world just might have a chance. There would be more children like me who wouldn’t care who they loved and the world would be a mixture of races and NOT a place of racism! I have tried to carry on this way of thinking for my own children. 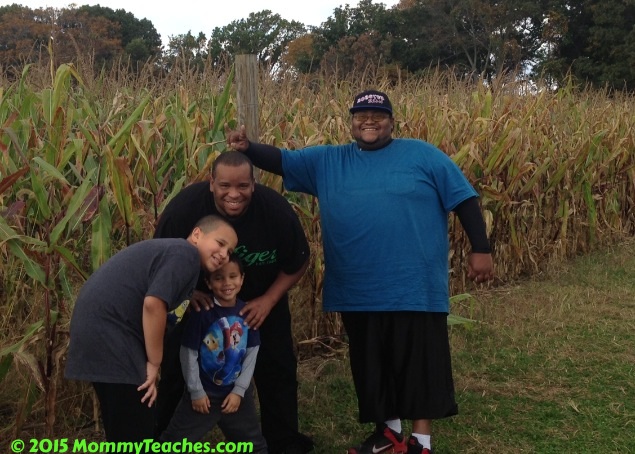 This is why, when a boy made a comment about my son’s uncle being black the other day in school, he became upset. Why? Well, he’s not colorblind but when he sees his uncle (and his own father!) he sees much more than a black Dominican man. He sees his uncle who he loves dearly. His father is many shades darker than him but that’s his dad who he adores, not the stereotype his classmate had labeled him with. In our household, we don’t sugar coat anything and we talk about all things but we make it known that it is extremely important to look far beyond the physical to get to know how people feel and act. It’s NOT something that needs to be discussed on a regular basis because we know what we look like, but most importantly, we know who we are! That counts much more than our skin color!

Care to share: Is diversity a topic of discussion in your household?