The other day I had a lengthy conversation with one of my boy’s teachers in regards to his progress. It’s something that I stay on top of because it’s important for me to know how he’s progressing and if he’s meeting his IEP goals. Funnily enough, standardized test scores are not included in my son’s (or any other student’s) IEP and yet, that’s precisely what the focus is on during this time of year. To be honest, that stupid test was NEVER a thought in my mind but the fact that I am aiming to refuse it is definitely something I think about! Taking that route because my son is more than a test score to me is what it’s really about in my eyes!

Ironically, after our conversation, his teacher sent me a picture of the shirts that the entire school wore that read #StudentsAreNotTestScores which was exactly my point to his teachers when I spoke to them that day. I admitted that my boy may not be like all the rest (who cares?) because he’s so much more. He holds qualities that I don’t even see in most 11 year old boys. He’s sweet, but yet quirky and gives a shit about people. He REALLY cares.. he’s polite, warm, friendly and will give you the shirt off of his back if he has to. No test can grade him on that alone…they couldn’t reach his level! 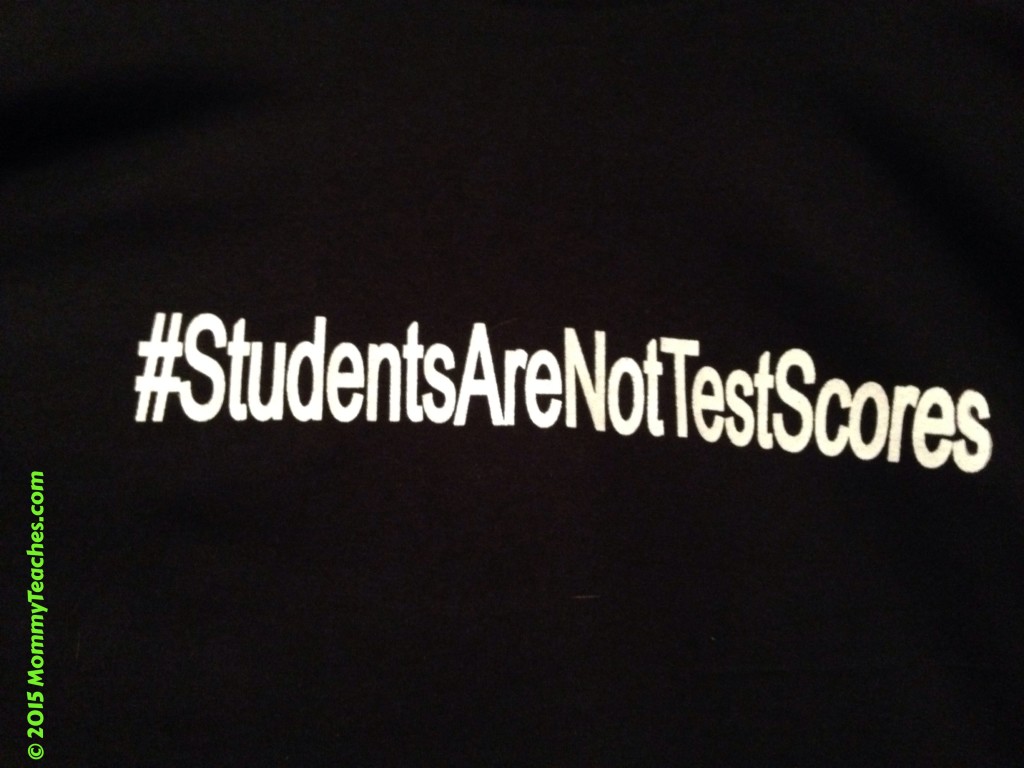 I believed in my words so much that I had to buy a few of those shirts for myself. I wore one proudly just the other day to my school. I received a few nods and “Ain’t that the truth!” and thumbs up from students, parents and educators alike, but I wonder if they would wear the shirts themselves? I am not sure that many would and I don’t know if they truly see the disservice that we are doing to our children. Stressing the kids and ourselves out based on tests that really don’t measure the intelligence of our children, is it really worth it and is it really as serious as it is made to be? The fact that teachers are being held solely accountable to perform miracles is a disgrace and I don’t have a problem voicing my opinion on it.

As a teacher for many years now, at times I feel hypocritical waking up in the morning and heading in to work. Teachers are underappreciated and often made fun of right in front of our own faces. Take a look at what was found in a UFT (United Federation of Teachers) paper just a few weeks ago below. All of what is said in sarcasm below is the TRUTH but many are too worried about being targeted if they voice their opinion about what is really taking place. Teachers and children are much more than test scores and as educators, we have to come together and voice our opinion. We know the children better than these politicians and simply can’t allow them to call the shots. Parents must know their rights and know in their heart that their child is so much more than a test score! I know I do and you should too!

Care to share: What’s your opinion on these state tests?