Born to a full blown Puerto Rican mother and a traditional American father has always been the best of both worlds for me. My siblings and I were blessed to learn the language with my mother and her family and our plates were blessed with the deliciousness of our culture. I felt more Hispanic than anything else growing up because I never felt like anything less. I know the language (but that didn’t make me more Latina necessarily) but most of all, I knew where my family was from and who we were! Not celebrating Three Kings Day was never an issue because it wasn’t what my husband or I grew up doing. Weird, you’re thinking, right?

As a young Latina, I grew up with Noche buena dinner riding right into our Christmas festivities. After the New Year, our Christmas tree would NOT come down like most Americans’ would. Instead, we would leave it up until after Three Kings Day (I remember that being the reason) BUT we didn’t give gifts on that day or celebrate it at all. It was spoken about in conversation “Los Tres Reyes” but that’s as far as it went. There was nothing else discussed about this holiday that was so highly celebrated in Puerto Rico, where my mother was born and raised. I did find it odd but never questioned it.

I think I have mentioned it before here. Having parents from different cultures and ethnicities always made me feel even more special. I never felt like I had to fit in because I pretty much did (and also didn’t) pretty much everywhere I went. I have never been that type to want to be liked or “fit in” just because and I honestly couldn’t care less about what others think. It may seem a bit rough around the edges but I get that from my dad. He was always a loner but he had his set group of friends and he was well liked. He was well liked but NEVER tried hard to fit in (thus marrying a Puerto Rican woman against his family’s wishes)…most people liked him but if you didn’t, well, it was your loss! That’s how I am with my heritage and culture. I take bits and pieces of it and intertwine them with what works for us as a family.

This is exactly what we carried over into The Campos household. I have asked my husband many times if they celebrated Los Tres Reyes in his home in The Dominican Republic and he vaguely remembers. From the account of my brother-in-law, it was celebrated when they were young but once they arrived to the States, the tradition wasn’t carried over. It was a no-brainer that we would do the same with our children and not try to hold onto or recreate a holiday we’re not accustomed to celebrating. My husband and I have been married since 2002 and we never carried this tradition over into our household. Honestly, it’s never even been a discussion and that’s okay with us! We stick to the traditional Christmas. Perhaps discussing the three kings would just be too complicated right now. 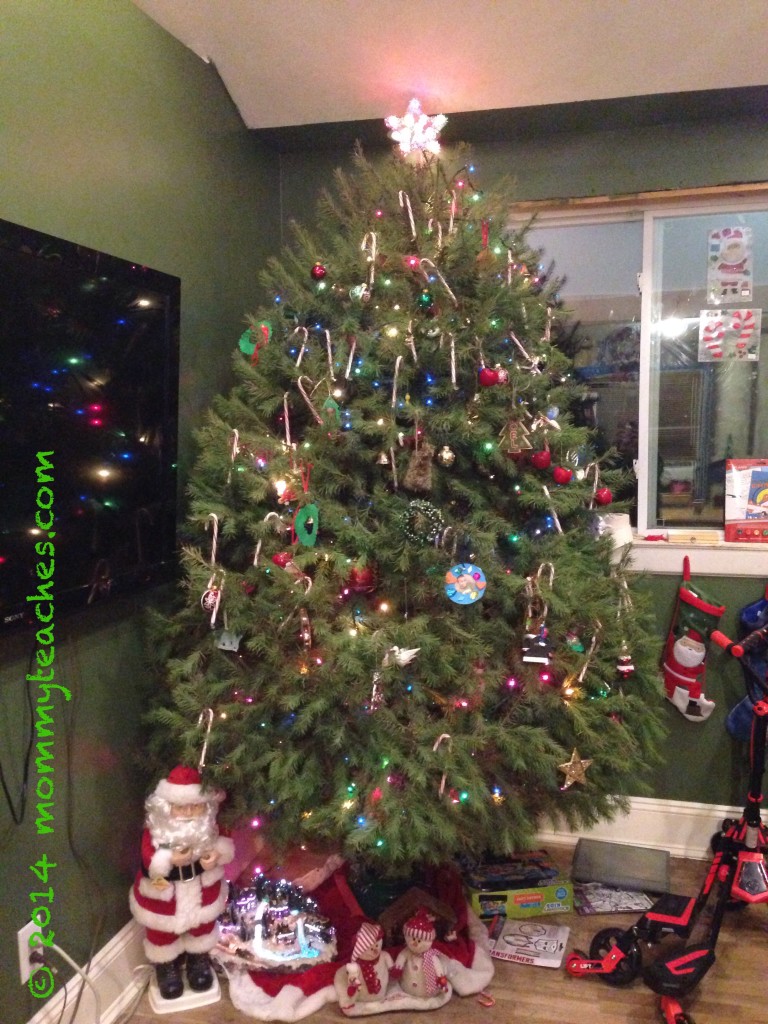 I love the way we both believe it doesn’t make us think we are any less Latino because we don’t celebrate the three kings. We are both well-grounded in where we come from and are both proud of our heritage. We both know that not celebrating this holiday doesn’t mean we have lost a part of our culture and we don’t feel we have to succumb to it just because others celebrate. If and when our children get older and want to incorporate it into our festivities, we can and we will but for now, we are content with the way we celebrate the holidays and we know who we are. And we don’t need a holiday to define that!