A few weeks ago when my nephew was staying with us for a few days, we all went to the playground. It’s something that I have done the entire summer with my own boys BUT we have a routine to accommodate it. The routine that works for us includes going to bed the night before a tad bit earlier so we can be up and ready bright and early to arrive at the playground before 9 a.m. You might say, “damn, that’s early!” and I would agree that yes, it is, BUT the trick is, the earlier you get to the park… the more empty it is! 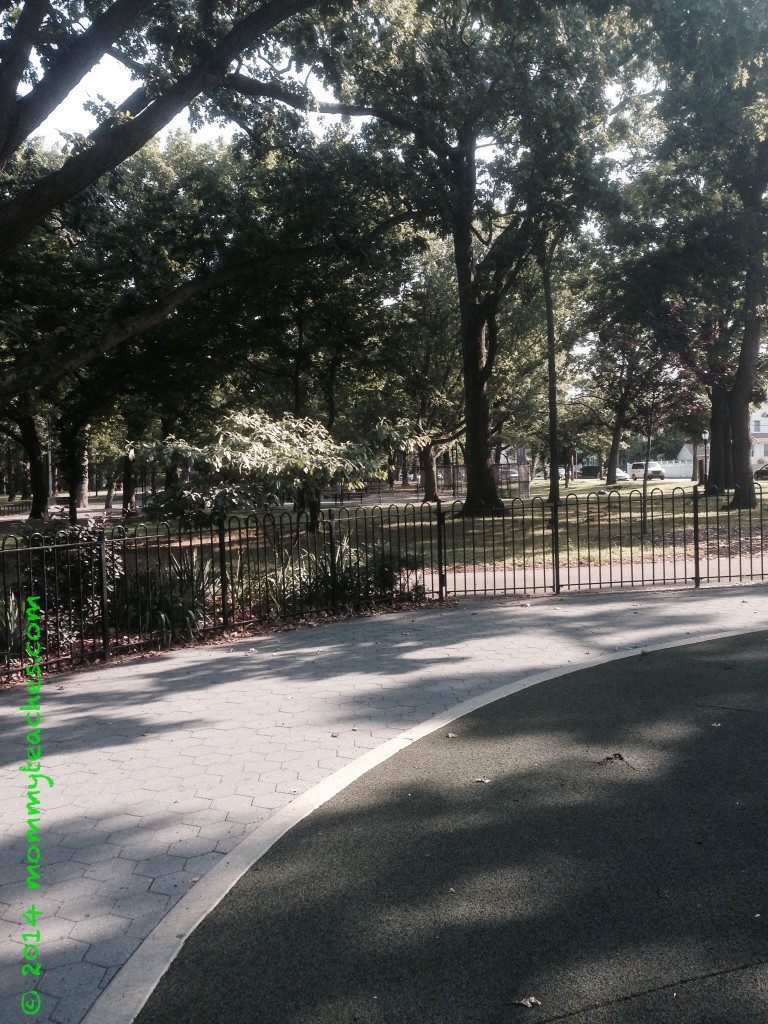 So, one day that week our routine didn’t play out as it usually does and we were about ten minutes late (according to our schedule). When I parked the pickup in the lot, I knew this visit would be “different”. Don’t ask me why, I just knew it… it was something in the air. The playground already had about ten kids on it (too many for my boys) but what I noticed was that there weren’t any light-skinned people at all. Why should that be a problem? It’s NOT for me, but I just knew we would get the stares because I have gotten them before. 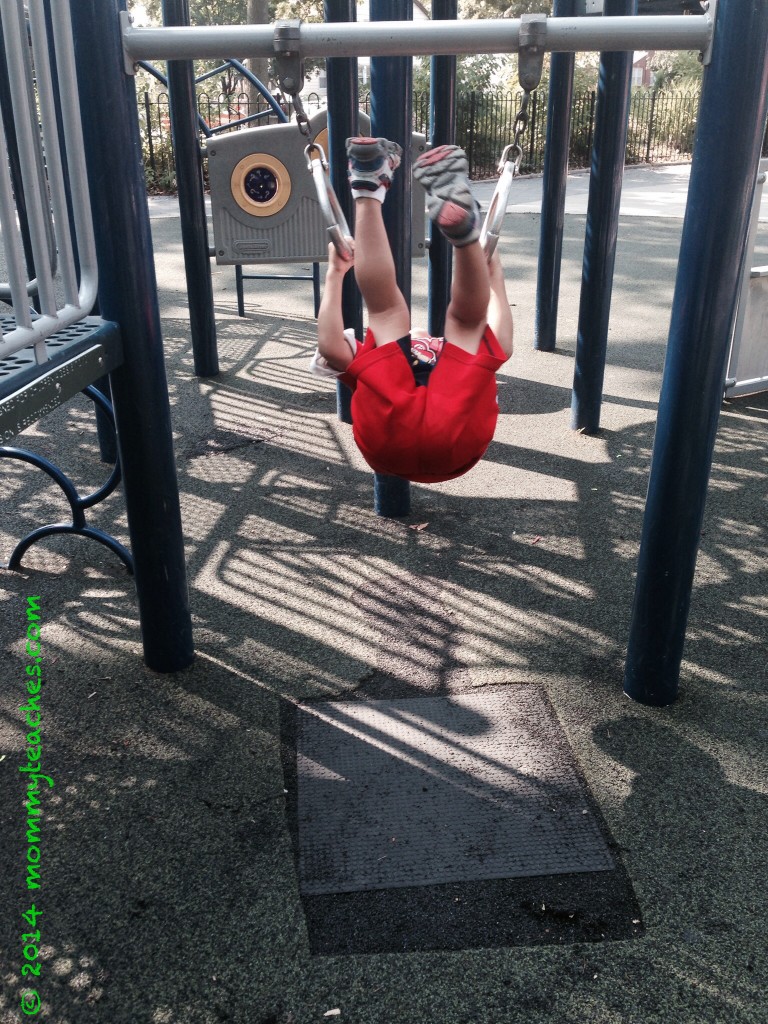 Let me rewind to the time that my mother said that when I married my husband, I was destined to look like the nanny of our children when taking them to the playground. What she meant to say was that I would be the only light complected one since she figured my boys would come out with their dad’s skin pigment: a milk chocolate complexion that I love! Anyway, it happened to be the other way around. My boys have a slighter darker pigment than myself and sometimes my hubby gets the stares (still) because he is darker. Really? In 2014 we still face these types of stares and racism… because let’s face it… that’s what it is!!

Fast forward to now, a time in which I live in a predominantly Hispanic and African American area. Many mistake me for a caucasian and NOT Hispanic and that’s okay. I don’t make a fuss over it because I couldn’t care less what people think I am, but when it gets to the playground, I have a problem! When we arrived, I immediately received the stares to which I responded with smiles and a “good morning.” I received nothing in return! I dismissed the lack of greetings and went on my merry ole’ way, determined to let NO ONE take my shine away from me! 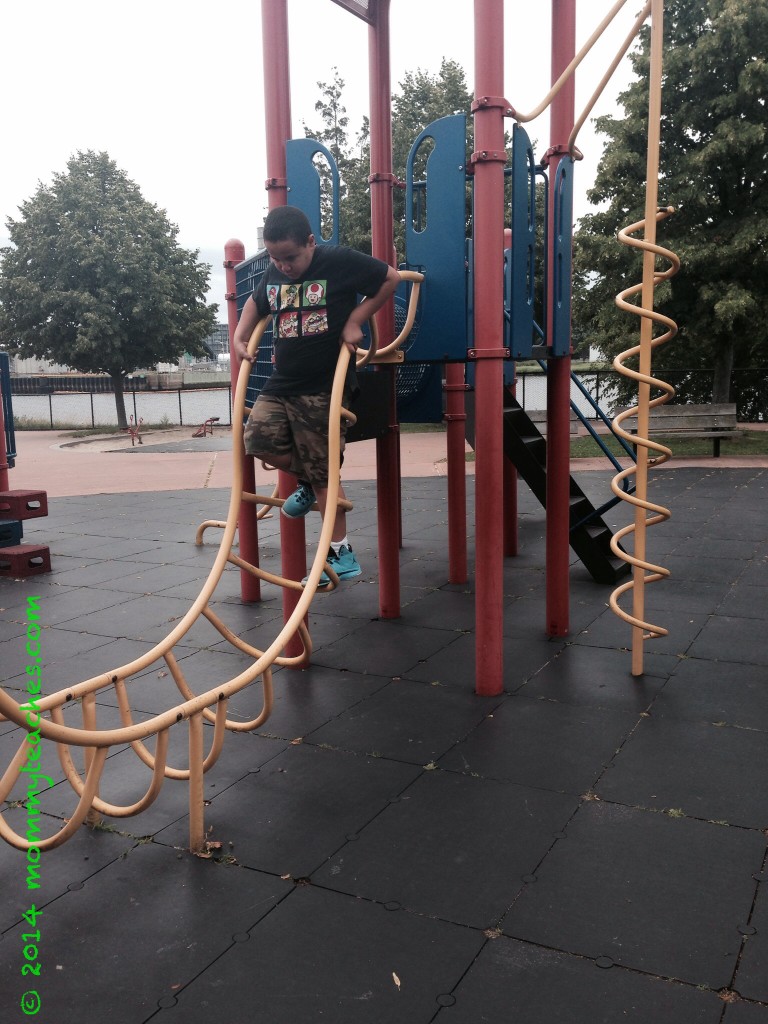 The boys ran around and wanted to go on the slide laughing and giggling with one another. When they arrived at the top of the slide, there was an African American child at the bottom. The mother of this child observed that the boys wanted to go down but she did not in any way tell her child to remove herself from the bottom so they could take their turn on the slide. I, in turn, had to remind my oldest that there was a small child on the bottom and asked him NOT to slide down. After a few of my prompts, he was frustrated because he couldn’t wait any longer, and came down very slowly while the child was still sitting there.

When I looked over at the mother I noticed her get a bit upset (my son never hitting the little girl, mind you) that he came down. She mumbled to the gentleman next to her, “These damn white kids!” At that moment, I felt like I had to reprimand my child, reminding him of the severity of what the situation could have been. I felt horrible because it really was NOT his fault, but I had to let him know that what he did still wasn’t right. I am also glad that he didn’t hear what the woman said and those words were only for me to hear. 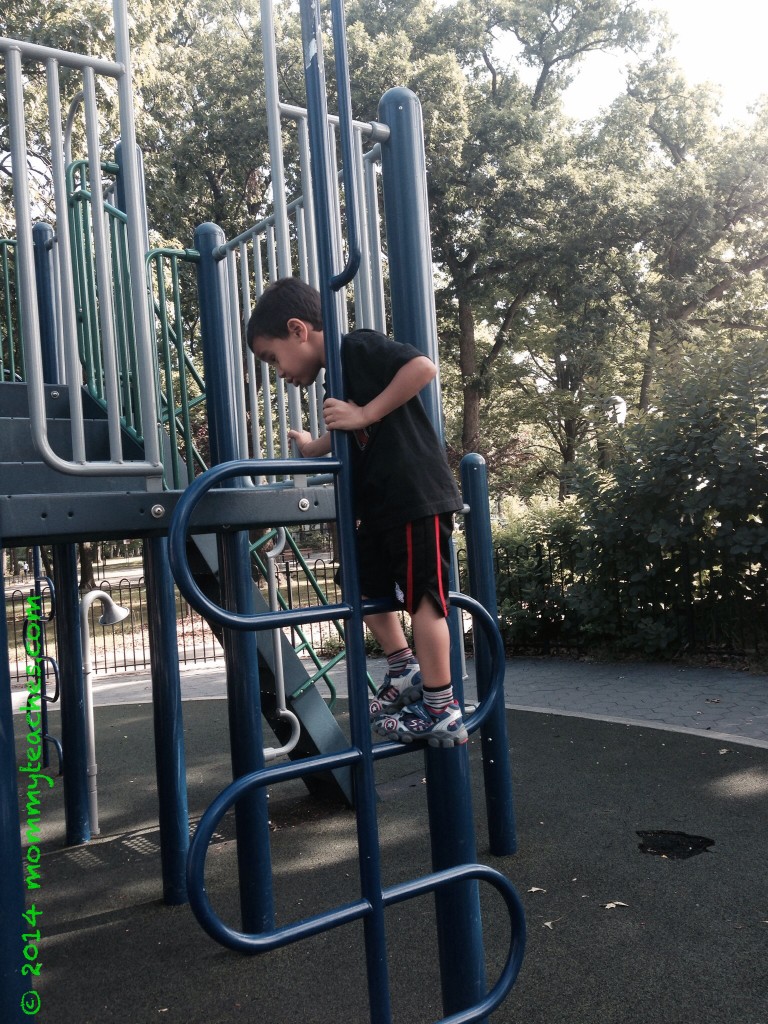 I could have approached the woman because of what she said, but would it really make a difference to her level of ignorance? I did something even better for my children at that moment. I gathered the boys and told them we would be going to another park because that one was way too crowded. The boys happily obliged, Victorio not so happy that I spoken to him and reprimanded him, but happy to be moving on anyway. Saving them from the ignorance there, I removed them and we went on to three more parks that day, the kids never even knowing what had really happened. My husband still doesn’t know either, unless he reads this, I suppose.

That night, as I went to bed and reflected on our day, it made me sad to think that we still live in a world this cruel! I only hope that woman’s daughter doesn’t grow up to be the way she still is. I hope she realizes that, behind any and every skin pigment, is a human being that deserves to be respected. That is something I definitely try to instill in my boys… on and off the playground! 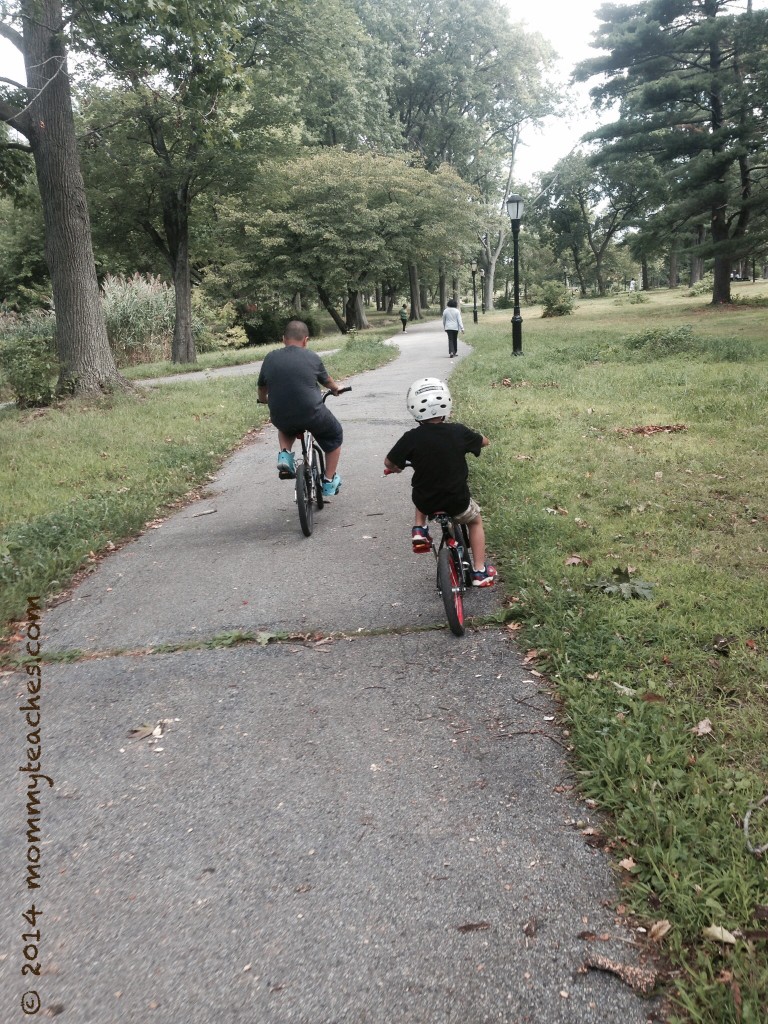 Care to share: Have you ever experienced racism on the playground?