A few weeks ago Victorio had his first movie experience with me. Many may wonder why it took me so long or why it’s such a big deal but it is to me. It took me this long to expose him because I wanted to make sure that he was ready. I had been invited to many private screenings of several movies that were coming out but refrained because of this reason. For any other child I know many people take them to the movies at a very young age. I know my child and I know how he reacts to loud noise, a lot having to do with sensory sensitivity. I also know what can keep him interested for long periods of time, and because of his ADHD sometimes that can be very tricky. 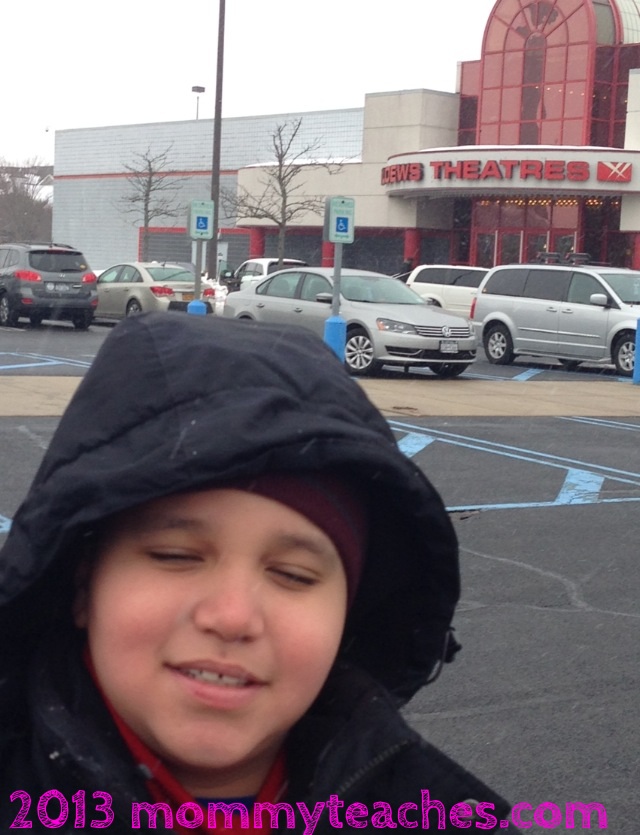 I knew that I would take him to the early morning viewing because of course there would be less people in attendance. This meant that he could be a little bit louder if he needed to speak over the movie. My concern was not to bother anyone in the theatre, because people pay their money and they don’t want to be interrupted. I also knew that we would sit in the back of the theatre because that would be easy access if we suddenly had to leave. If he didn’t take well to the movie or for any other reason that could possibly arise, we could exit quickly without bothering anyone.

Thankfully, I mentioned it to a friend of mine and she mentioned that AMC theatres offer sensory friendly films. The children are able to get up and walk, sing as well as dance during the film. It just so happened that these films were the exact same time that I took him to see The LegoMovie. The LegoMovie was his very first film experience  in a theatre with us and he loved it. My nerves were all over the place not knowing how he would react. Feelings that other parents don’t have when they take their child to the movies I was having! We arrived extra early, picked up our popcorn (his favorite), drinks and sat right in the back of the theatre. I remember staring at him the entire time making sure he was enjoying himself. I don’t even think I watched the movie myself. At that moment I knew we had made progress, this was a milestone. He sat and ate his popcorn all the while intrigued by the movie. 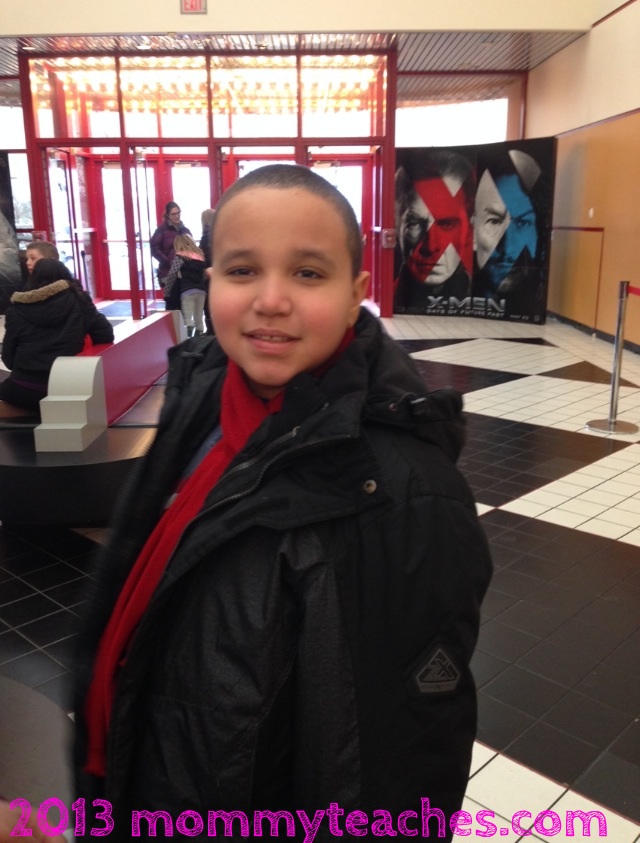 He loved The LegoMovie so much that he took note that Rio 2 was coming out on April 11th and jotted it down on our calendar as soon as we arrived home. Again, I was invited to a screening of Rio 2 but was still a bit nervous- what if it was too loud and too over stimulating? I kindly declined because I just didn’t want to make him uncomfortable. He counted the days down, and was even EXCITED that I was part of a Rio 2 Twitter party. That night he beamed over my MacBook as I tweeted.  On Friday, April 11th he reminded me Rio 2 was finally here. I made reservations on line for the AMC theatre and purchased our tickets online so we didn’t have to wait on line just in case it was crowded. Again, these are things that many don’t have to do, which is pre-plan. We woke up early on Saturday, April 12th and arrived at the theatre a whopping half hour before time. He was really looking forward to part 2 of his favorite movie. 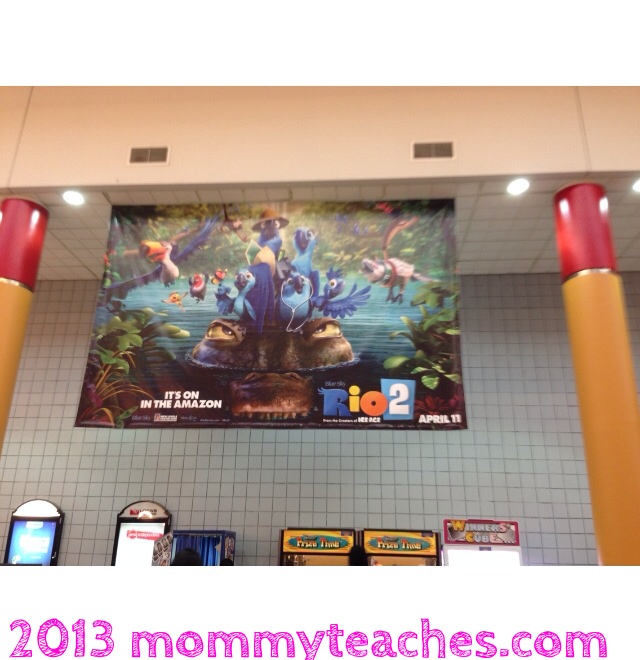 When we arrived I realized I had ordered my tickets for the wrong theatre. The manager was kind enough to transfer my tickets and in we went with popcorn and drinks in hand. We took our seats, which seem like are going to become our “regular” ones and waited for the movie to begin. This time around our experience was different. We were all comfortable and I wasn’t on edge. I knew he was looking forward to this movie and I just hoped it was all he was expecting it to be. Victorio did NOT stop laughing the entire movie. He absolutely LOVED it and what I enjoyed the most was that he was able to do it as loud as he wanted. We both cracked up as loud as we wanted and it was okay. I was experiencing this with him and taking this moment in breath by breath. Something as simple as taking him to the movies was an experience I will NEVER ever forget! (as you can see I documented it with my pictures) It was truly an experience of a lifetime!